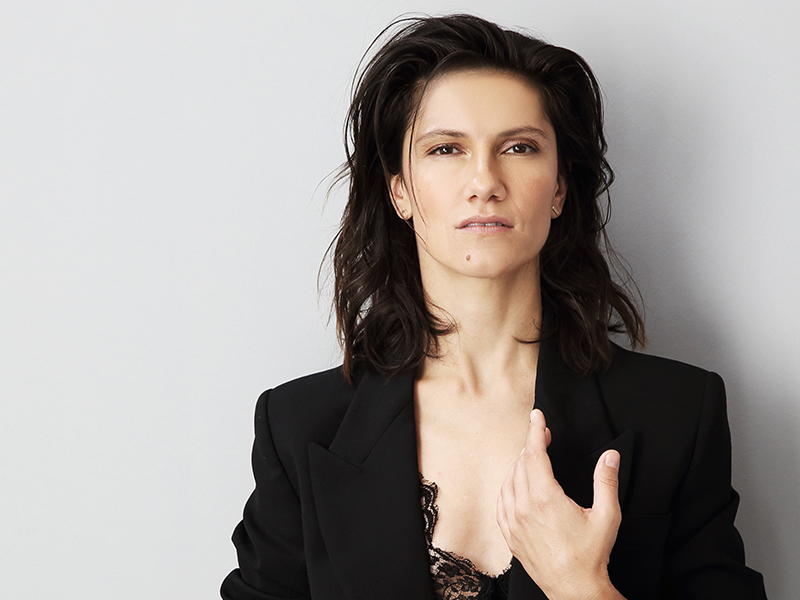 Elisa, real name Elisa Toffoli, was born in 19th of dicembre of 1977 in Trieste and grew up in Monfalcone (GO). She is a songwriter, a multi-instrumentalist and a musical producer.

Since she was a child, she was interested to many forms of art, from dance to illustration until writing short stories but is in music that her talent rose up naturally and just at the age of 11 begun to write the first lyrics and melodies.

During her youth she played in studio as chorist, at the pianobar, and in local clubs with the first band, to pay her piano and articulation lessons because the passion for music was very strong and she wanted to share it with everyone.

At sixteen Elisa sign her first discography contract with Sugar Music and she releases the first album “Pipes & Flowers” in 1997. From there begin an extraordinary rising up that bring her to reach 26 Platinum Album and a Diamon Album, and collaborating with some of the biggest artist in the world like Luciano Pavarotti, Ennio Morricone, Tina Turner, Andrea Bocelli, Dolores O’Riordanand Imagine Dragons. “Diari aperti” (Island Records), the newest album, was released at 26th October of 2018, has been certified as Platinum album, and its songs are on the Top radio charts in Italy.

She won all the most important musical prizes in Italy: Festival di Sanremo in 2001 with the song “Luce (Tramonti a Nord Est)”– with six prizes, considering the first position in the festival -, la Targa Tenco, 2 Premi Lunezia, 15 Italian Wind Music Awards, Festivalbar, Nastro d’Argento; moreover she won a MTV Europe Music Award and a Premio Regia Televisiva. Many directors fell in love with her voice like Quentin Tarantino and Tim Burton that used it for the soundtrack of their movies (“Django Unchained” and “Dumbo” by Disney). Disneyin 2019 chose Elisa for the two main movies of the year, “Dumbo” and “Il Re Leone”, where the singer sing and dub. Elisa is also Save The Children Ambassador and Mattel has dedicated to her a Barbie with her appearance as a positive model for the next generation.