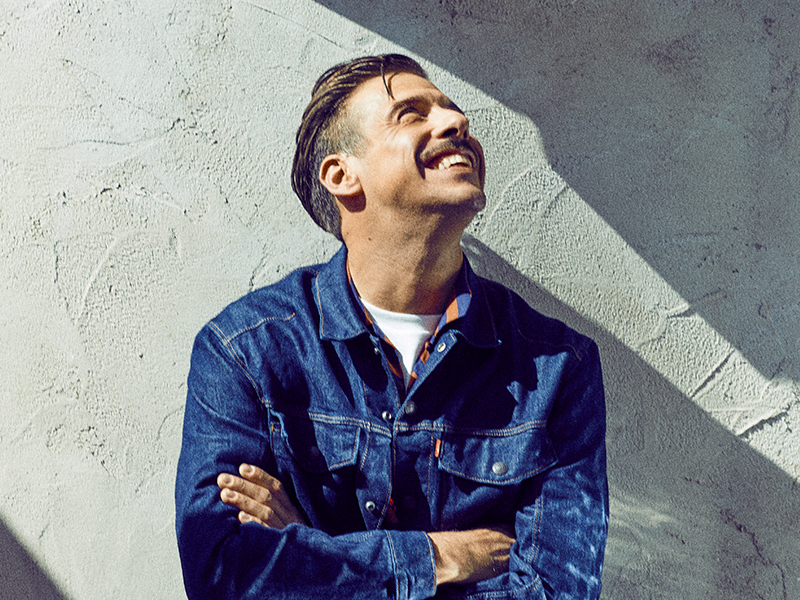 Francesco Gabbani is an Italian singer-songwriter and a multi-instrumentalist born in Carrara (MS) in 1982. In 2015 starts is collaboration with BMG Rights Management (Italy).

In February 2016 he won newcomers section of Sanremo Music Festival 2016 with the song “Amen“. The following year he returned to the Sanremo Music Festival, winning the main section with “Occidentali’s Karma” and becoming the first performer in the Festival’s History to win consecutively both festival’s sections, “newcomers” and “big”.

In 2017 he attended 62° edition of Eurovision Song Contest where he finished in 6th place and won press room’s price. “Occidentali’s Karma” was certificated five times platinum and the video gets over 220 million of views.

The next single, “Tra le granite e le granate” (2 times platinum) remained s at the top of the airplay charts for week and, during the event “RTL 102.5 Power Hits Estate 2017” was crowned “summer hit”.

In 2018, to celebrate all the success achieved and a tour with over 140 thousand audience, Francesco Gabbani played a special show at Mandela Forum of Florence and, for the first time, he performs in an arena, completely sold out.

At the end of the year he performs at New Year’s Concert in one of the most important italian squares, Piazza Duomo in Milano.

On May 10, 2019 Gabbani released “È un’altra cosa” the first single from his upcoming album, that will be release for BMG.