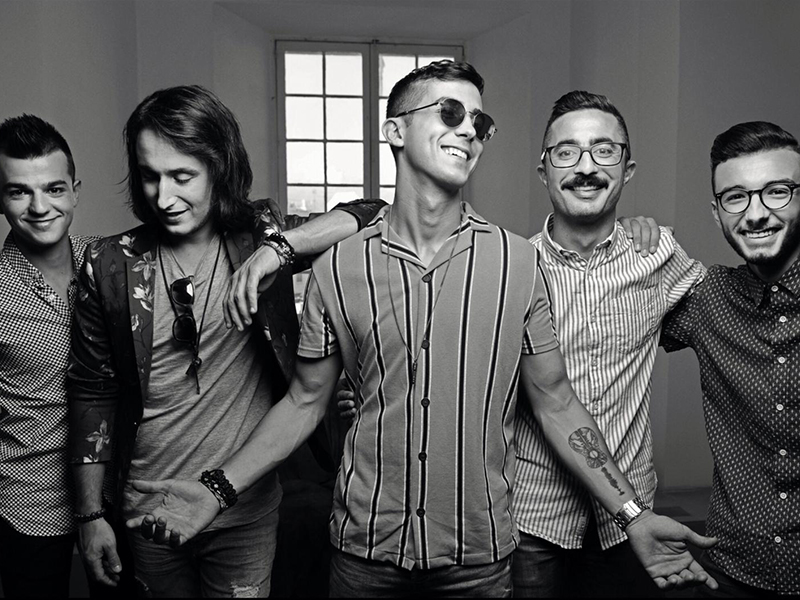 Red Electrick is a pop band from Malta. Their melodies, sound and unique songwriting echo the upbeat and bright blues-rock swagger of the 70’s buoyed by a pop lilt and with as much groove as grit.

Red Electrick has collaborated with a number of international acts, namely – tenor Joseph Calleja at three of his official concerts (2015, 2016 and 2018), Isle of MTV Festival opening act for Tori Kelly, Jason Derulo and Echosmith. They have also performed on the main stage of the renowned Jarocin Festival in Poland with The Prodigy as headliners, as well as venues all over Europe including – Copenhagen, London, Brighton, Saarbrücken, Milan, Prague, Linz, Cyprus as well as in America – Los Angeles.

Their frontman Joe Roscoe has busked all over U.K. and also performed one of the songs live on BBC Radio Introducing. Their guitarist Peter Borg is also a renowned producer and has produced tracks for top acts in Malta, for radio as well as Eurovision. Their Keyboardist Aleandro is currently a session keyboardist with numerous local acts. Their bassist Ivan has also toured Europe extensively with his side-project, ska band, The Rifffs, who have collaborated with Neville Staples.

The band also received a letter from the Prince of Wales – Prince Charles after they performed in front of him at an inauguration ceremony of the new parliament in Malta. The letter congratulated them on their latest album “Inside You” which was gifted to him by the band on his visit.