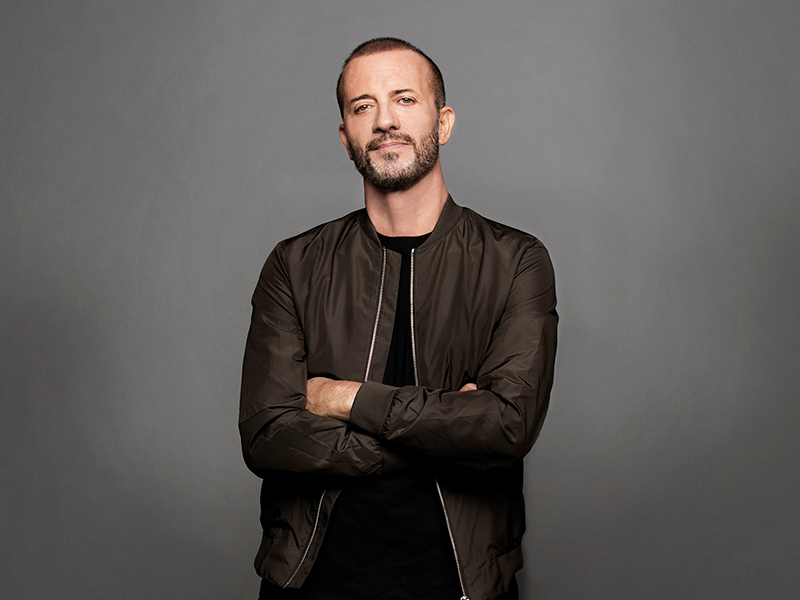 RAF, Raffaele Riefoli, was born on September 29, 1959 in Margherita di Savoia, near Foggia, in Italy.

He lived in Florence and London, building his own musical career. His first single in English, “Self Control” (1984), was a huge hit that climbed to the top of the charts all around the world. In the United States, the American popstar Laura Branigan’s version of “Self Control” became a worldwide dance and pop success, hitting no. 1 on the Billboard Hot 100 in the United States.

Raf released his self-titled debut album at the end of 1984.

In 1987 he wrote for the trio Morandi-Ruggeri-Tozzi the song“Si puo’ dare di più” that won Sanremo Music Festival. Then he co-wrote “Gente di mare” with Umberto Tozzi. They performed the song in the 1987 Eurovision Song Contest and it became a huge hit.

In his native language, Raf released also the hit-songs “Cosa resterà degli anni ottanta” “Ti pretendo” – winning “Festivalbar” in 1989 – “Il Battito Animale”, “Due”, “Stai con me”. His album “Cannibali” (1993) was certified four times platinum. His album “Manifesto” (1995) was the first Italian music album released on compact disc. In 2001, the song “Infinito” (a single from the best-selling album “Iperbole”) had sold more than 200,000 copies by 2001.

The song “Come una favola” and the other singles from his latest album “Sono Io” (2015) topped iTunes download charts.

In autumn 2018, Raf released the single “Come una danza” with his collegue and friend Umberto Tozzi. In spring 2019, the two artists started a concert tour that will end on 25 September at the Verona Arena.