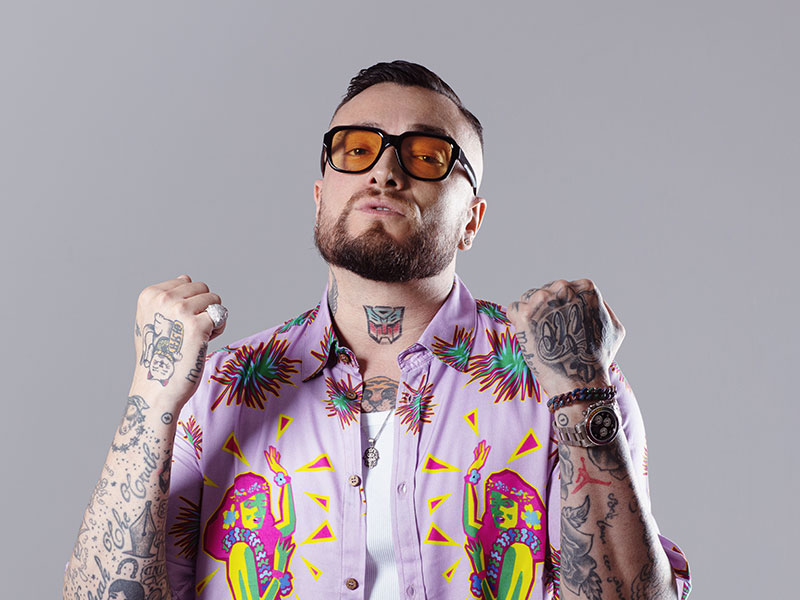 Gué Pequeno, stage name of Cosimo Fini, was born in Milan in 1980.

Gué is one of the most influential rappers in Italy, is a reference point for his music style. With Jack La Furia and the producer Don Joe he gives birth to the Club Dogo project with whom released a several successful albums.

Two years later Gué is the first Italian artist that sign with the iconic label Def Jam Recordings, with whom he released his third solo album, “Vero” (Platinum Record).

In 2016, with Marracash he record “Santeria”, that was certified Platinum Record.

In 2017 comes out his fourth solo album “Gentleman”. It was one of the rap record’s of the year and it was on top of the charts for four weeks.

In September 2018 he released “Sinatra”, the first work that sees the collaboration with his new team: BHMG. Under the artistic direction of Charlies Charles, the producer that in a few years revolutionised the Italian rap scenario. Sinatra is a big freedom declaration, a record divided between a trap soul and a latin one. Certificated Platinum Record, it anticipate Gué’s first time live at the Milan Forum.